Open data has been growing in developers’ use and the public eye for several years. This combined with open source programming is creating a growing awareness and demand from private and public sector entities.  The benefits of raw open data combined with the equally thriving area of open source programming are becoming recognized in a growing consensus of government, private sector and nonprofit organizations who sometimes even find their interests surprisingly aligned.

Government agencies who often are the source of open data can find themselves in situations where the benefits to them are limited along with the risk of divulging private data. However, Open Data is steadily marching forward and the questions raised about it are diminishing as time and experience addresses the risks.  Examples of these risks being mitigated abound in many different contexts.

In no sector are the potential benefits greater than in Real Estate. The ability to mine data to identify trends and opportunities for investors, and homebuyers, is quickly becoming the differentiating element between mediocrity and excellence.  Word-wide data sources have been opening up at an accelerating pace, particularly in Federal sources. As this trend strengthens, local, state and provincial sources are at a tipping point and rapidly opening as well. This is nowhere more clear currently than in Toronto with recent decisions forcing open data that was previously limited to Real Estate Agents.

The primary benefits of open source code combined with open data, include:

In many ways, open source code is like “lego blocks” that are joined together by different entities as components to build a unique final product. The creative focus can be elevated from basic coding to achieving synergistic results.  There is no need to continuously “reinvent the wheel.” Taking things that already exist which can be used “as is” or with just a little tweaking, provides a platform from which entities of all sizes can enter the playing field and build upon things previously created.

Open source coding has the benefit of having been tweaked and reviewed by a much larger community of developers than the typical organization can muster. When core coding has been used in multiple applications, multiple times, the chances that a new problem will arise is considerably diminished especially when compared to a piece of proprietary code that has had far less real world testing.

In today’s business and technical environment, where open data sources are expanding exponentially, it’s important to be able to respond quickly to opportunities and/or to mitigate arising threats in the affected environment or marketplace. Open source coding combined with expanding sources of open data in common use by multiple developers allows for quicker identification of emerging trends or developing threats.

Unlike proprietary software where a particular vendor maintains and upgrades key components, open source coding combined with open data sources, is a community effort that doesn’t suffer long-term from the loss of “key players.” The key player is more of the community as a whole with collaborative effort and responses to changes in near real time.

Open Data combined with Open Source Coding is rapidly becoming an overwhelming force in many different private and public sectors. Information continues to exponentially increase in terms of its availability and now along with that raw data availability, is an equally exponential growth in resources to mine that data in near real time. Organizations may well be living with the decisions they make now on whether or not to enter this field. In no other field more than Real Estate, may this be true. 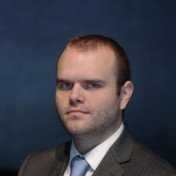 Ryan Breen is an experienced web and data technology architect with over a decade of experience in online services, integrated data and cloud optimization practices.